Does He Truly Live? 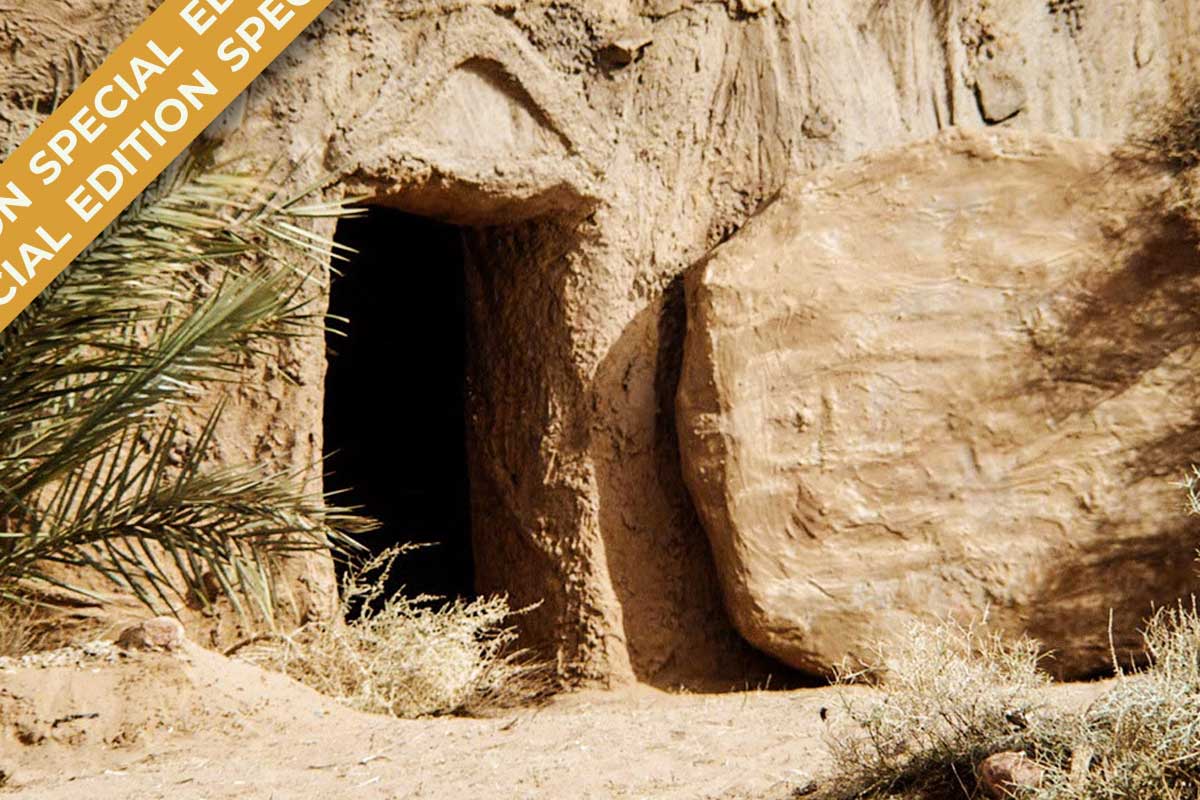 A soldier pierced Jesus’ side with a lance. Blood and water emerged which proved his death. A Pharisee who believed in Jesus obtained permission to bury the body in a new grave. After the embalming, they put a huge stone in front of the grave and sealed the entrance which was guarded by soldiers.

but the men said to them, “Why do you look for the living among the dead? 6 He is not here; he has risen!

Amongst the disciples there was grief, fear and panic. One of them, Mary Magdalene, went to the grave early in the morning and saw that the stone was moved. She thought that someone had stolen the body. Suddenly, Jesus stood in front of her and spoke to her in her sadness. Totally changed, she went to the disciples: “Jesus is risen like he had said.” Immediately, Peter and John ran to the grave and everything was exactly as Maria had said. A feeling of happiness, hope and doubt arose until Jesus suddenly appeared and spoke to them. Thomas wasn’t with them and said doubtfully: “I will believe when I can put my hands in his side.” Again, Jesus stood among them and asked Tomas to touch him and he believed.

Another time, he encountered the disciples when fishing. He had prepared fish on the fire. He ate with them and demonstrated: Hey folks, I truly live! The resurrection is the ultimate proof that Jesus is the promised Son of God! He stuck to his mission and obeyed the Father.

Therefore, Jesus is the only way to eternal life. Those who trust him know that they are delivered and that they have part in the Kingdom of God. Jesus is the King of Life. He first came as a servant and salvation to this world before he will return as king and judge for the final.

If you have questions write to us.