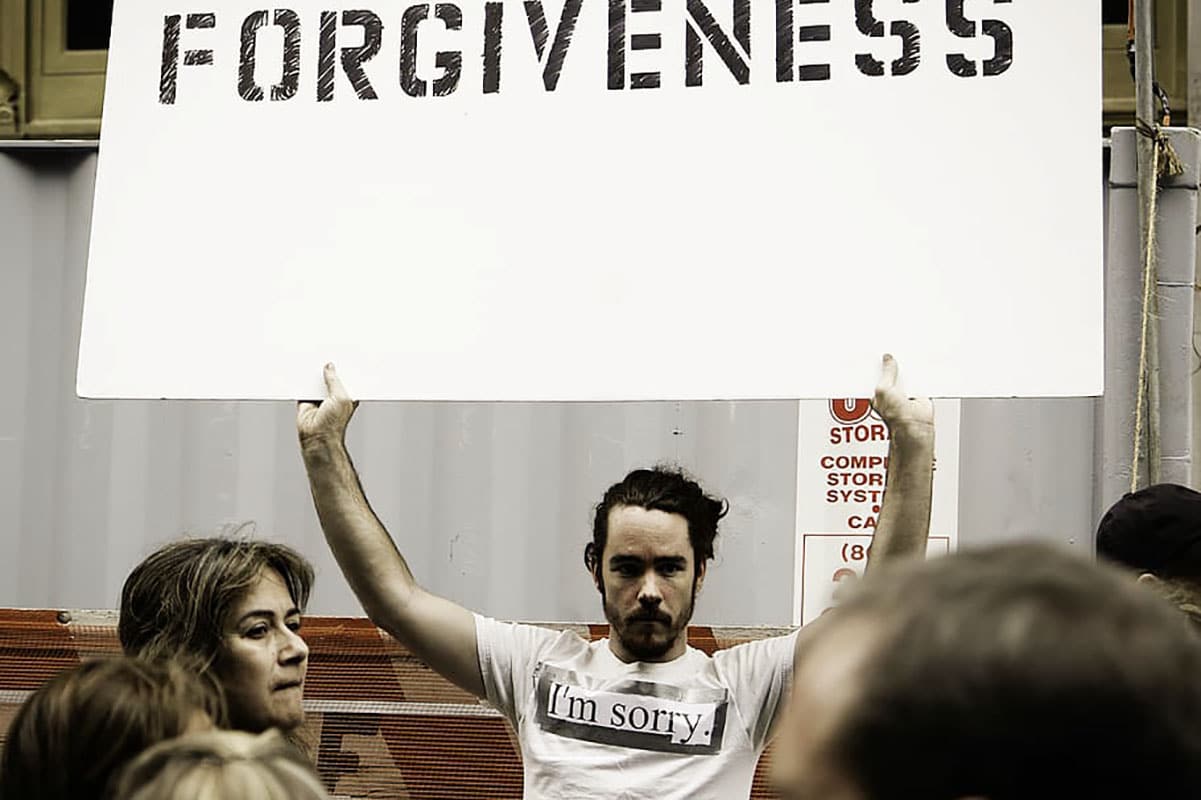 The man was heavily in debt. He bowed before the king and begged to have his debt forgiven. The king felt pity. Just after the man was released from debt, he went to his employee who was owing him a small sum. The debtor begged for patience until he could pay his debt. The merciless man had him sent to prison. When the king heard about it, he got angry and had the merciless debtor arrested and tortured until he had paid his debt.

Then Peter came to Jesus and asked, ‘Lord, how many times shall I forgive my brother or sister who sins against me? Up to seven times?’ Jesus answered, ‘I tell you, not seven times, but seventy-seven times.

Jesus told his disciples this analogy since they were fighting over how many times one should forgive. Jesus compared sin with money. Every day, we hurt each other with words and acts. We are guilty towards each other and need forgiveness.

Jesus gave his life to pay for our sin. He therefore demands that we forgive those who treat us unfairly.

How difficult is it for you to forgive your “enemies”?

Scripture of the Week: Matthew 18:21-35 (original version of the analogy)