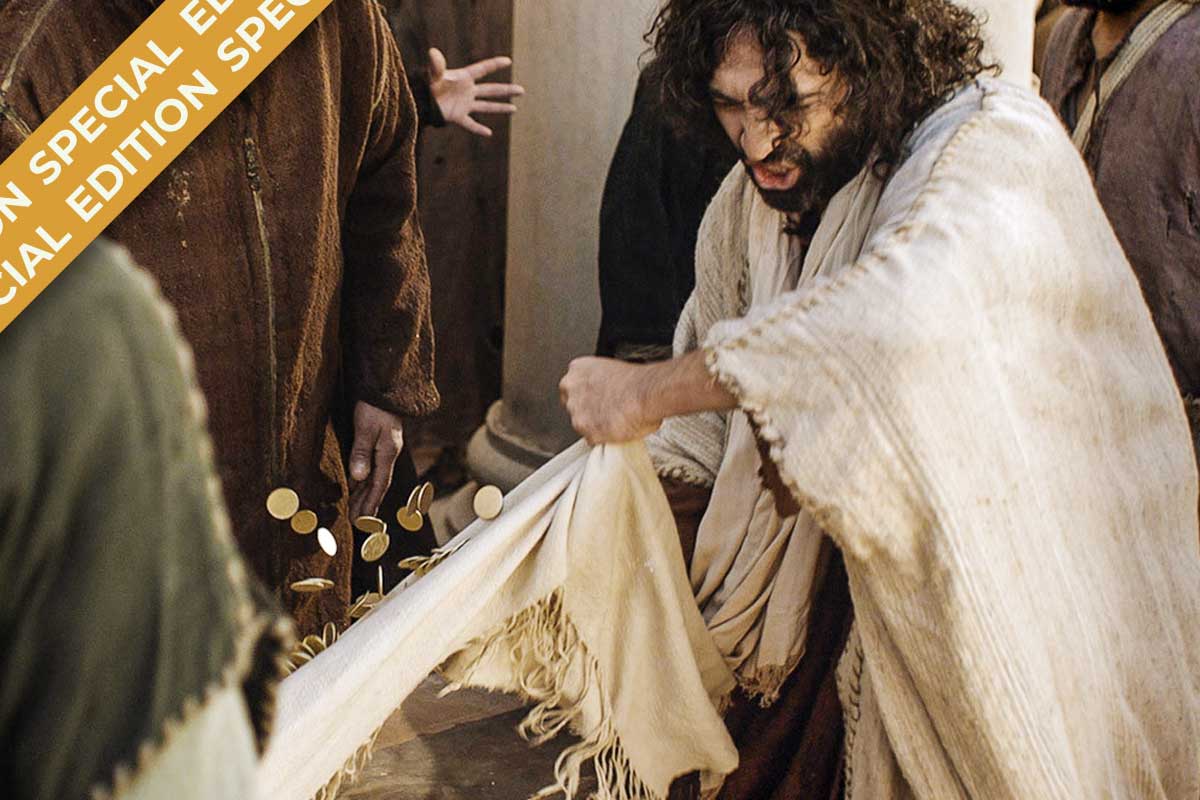 Jesus wasn’t a world improver but the Son of God with trustworthy authority. After his entrance to Jerusalem, a very special situation occurred when he threw the money changers and animal traders out of the temple area. “Don’t make the temple into a shop or a robber cave! My house is a house of prayer for all people.” This is how intensive his love and respect for his father’s house was. However, the religious asked with which authority he did such a thing.

In Psalm 69:9 we read: “for zeal for your house consumes me”. Jesus didn’t have anything against the money changers and animal traders. What he didn’t like was the dubious business that occurred. The temple was a holy place where sin was forgiven through blood shed by a clean animal. Jesus was upset about the idea that folks made money by overpricing their goods. At the end, many had travelled long and didn’t have another option than buying an animal right there.

The religious were upset. They were responsible to ensure that business was done correctly. Jesus acted the way he did because it was a thorn in his Father’s side. The religious leaders were offended and therefore they rejected the Son of God completely. The people, however, hoped for a powerful, self-confident leader who could free them from the Romans.

Jesus has all powers to free us.

Do you want to let go of everything and turn to him?