The King of Jews 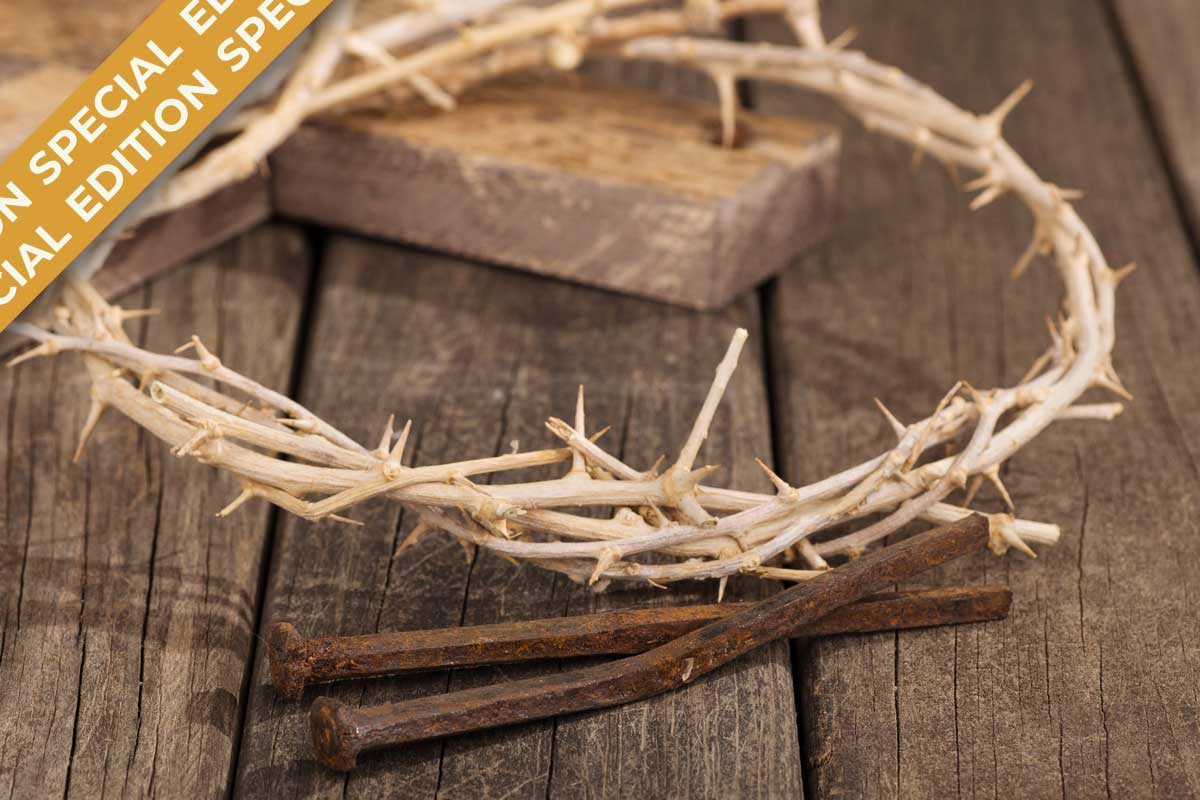 The soldiers mounted a sign “The King of Jews” on the cross. But let’s start from the beginning.

Out of the darkness appears Judas with some soldiers. He greeted Jesus with a kiss and with that identified him. They arrested him and took him to court. The disciples were scared and fled. Only Peter stayed in safe distance and observed everything. False witnesses accused the Son of God severely but they couldn’t prove any wrongdoing.

The Roman governor Pontius Pilatus knew relatively quickly that jealousy and greed were the true drivers for this mock trial initiated by the religious instigators. Just days before they were shouting: “Hosanna to the King who is coming.” and now the upset and manipulated people scream: “Crucify him!” How easily the mood can change.

Pilatus gave in to the pressure by the masses. He washed his hands in innocence, liberated the thief Barabas and crucified Jesus. First they flogged him, put a crown of thorns on his head to mock him and chased him, with a cross, through the streets of Jerusalem to Golgotha. There they wanted to silence the King of Jews forever. The Light of the World was to be extinguished and the hope should die on the cross. Once again, the religious elite did not count with God.

“Why? What crime has this man committed? I have found in him no grounds for the death penalty. Therefore I will have him punished and then release him.”

Jesus will return as king just like he said. At that point everyone will bow before him and recognize him as the King, even those who pierced him!

Do you allow Jesus to be your King?